About Zanzibar and the Chukwani School 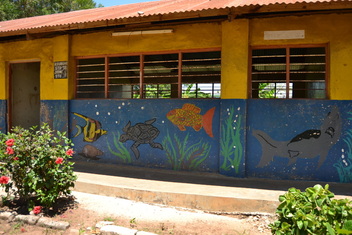 Zanzibar, Tanzania is a Muslim island located about 40km off the coast of Tanzania in the Indian Ocean. Despite tourism, the society remains conservative, a way of life largely seen in gender dynamics. In Zanzibar, women are undoubtedly in a position unequal to that of men: the Tanzania Demographic and Health Survey cites lack of say in decision-making, early marriage, and domestic abuse as common difficulties faced by young women. The segregation of men and women on a daily basis in Zanzibar exacerbates such problems as it prevents women from participating fully in society, denies them the right to assembly and public space, and blocks potential positive relationships with men. Ultimately, this discord creates discriminatory behaviors and patriarchal power structures that inhibit the existence of full peace between men and women in the home and community. 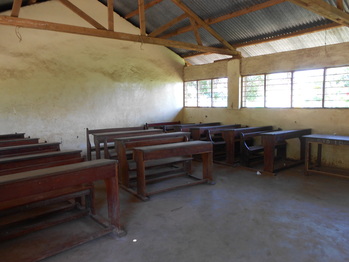 In recent years, this gender dynamic has gradually begun to transform in small but meaningful ways. One such change can be found on the football field where, in certain villages, girls and boys have begun to play the sport together. Another sports-related change is the participation of females in an annual net-ball competition between various villages. Chukwani is a participating village whose single public school, the Chukwani School, serves about 1,800 children ages 7-18. There is no official football field at the school or in the village, and to practice net-ball 2 hours away is not realistic outside of the few competition weeks. In addition, without appropriate spaces and adequate equipment women are often forced to stay inside and sit during physical education classes. Therefore, there are effectively no opportunities for the girls in Chukwani to regularly exercise, integrate recreationally with males, or form an independent network beyond the school or family structure.